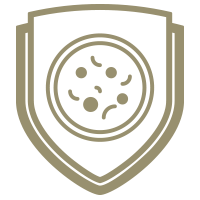 Disease causing agents can be spread from animal-to-animal and between animals and humans through a variety of transmission routes.

Select each route below for additional resources.

Aerosol Transmission Control: Beef and Dairy
This document summarizes the key points of managing diseases transmitted by aerosol and can be used to highlight the main points of the corresponding PowerPoint.
English Spanish

Fomite exposure requires an inanimate object to carry a pathogen from one susceptible animal to another. Fomite exposure often involves a secondary route of exposure such as oral or direct contact for the pathogen to enter the host. Examples of fomites include contaminated vehicles, shovels, clothing, bowls/buckets, brushes, tack, and clippers.

A subtype of fomite exposure, traffic transmission involves a vehicle, trailer, or human, which causes the spread of a pathogenic agent through contaminated tires, wheel wells, undercarriage, clothing, or shoes/boots by spreading organic material to another location.

Fomite Management
This document describes proper cleaning and disinfection procedures, lists various types of fomites and discusses how to clean different materials and describes characteristics of common disinfectants providing a guideline of when and how to use them.
English Spanish

Vector-borne exposure occurs when an insect acquires a pathogen from one animal and transmits it to another. Diseases can be transmitted by vectors either mechanically or biologically. Mechanical transmission means that the disease agent does not replicate or develop in/on the vector; it is simply transported by the vector from one animal to another (flies). Biological transmission occurs when the vector uptakes the agent, usually through a blood meal from an infected animal, replicates and/or develops it, and then regurgitates the pathogen onto or injects it into a susceptible animal. Fleas, ticks, and mosquitoes are common biological vectors of disease.

Biting Midge Control Measures
The life cycle of the biting midge vector and control measures that can be implemented.
On farms: English Spanish

Tick Control Measures
The life cycle of ticks and control measures that can be implemented.
On Farms: English Spanish
In Animal Shelters: English

Common Flies in the U.S.
This chart depicts the most common flies in the U.S., describes their breeding habits, life cycle, and how they feed on animals for a better understanding of how to control them on farm. This supplements the Fly Control Measures handout.
English Spanish

Fly Control Measures
The life cycle of flies and control measures that can be implemented.
On Farms: English Spanish
In Animal Shelters: English

Direct contact exposure requires the presence of an agent or organism in the environment or within an infected animal. A susceptible animal becomes exposed when the agent directly touches open wounds, mucous membranes, or the skin through blood, saliva, nose to nose contact, rubbing or biting. It is important to note that depending on the disease agent, it is possible for direct contact exposure to occur between animals of different species, as well as to humans.

Oral Checklist
This supplements the corresponding Oral and Fomite PowerPoint and is designed to be handed out to producers after the presentation. Producers can take home this checklist and evaluate their own operation for oral disease risk.
Beef:
English Spanish
Dairy:
English Spanish

These handouts use pictures to describe the ways diseases can spread from animals to humans.

These handouts describe the ways diseases can spread between animals and from animals to humans.

Zoonotic Diseases by Routes of Transmission: Companion Animal
This handout lists the potential routes of transmission of select zoonotic diseases from animals to humans.
English

Zoonotic Diseases by Animal Species: Companion Animal
This handout lists select zoonotic diseases that may be carried by companion animals and potentially transmitted to humans.
English

These documents defines the five common routes of disease transmission (aerosol, direct contact, fomite, oral, vector) as well as zoonotic and environmental transmission. They can be used to supplement all of the materials to provide producers with a clear understanding of the route of transmission focus.

These documents list diseases based on how they are spread (aerosol, oral, etc) and whether they are zoonotic or considered foreign to the U.S.